Golden Grove Lutheran Primary School is 1 out of 150 schools and organisations nationwide to receive and grow wattle seeds that are currently in space. One Giant Leap Australia in collaboration with the Japan Aerospace Exploration Agency (JAXA) sent wattle seeds to the international space station in early December 2020 where the seeds will live in space for six months, returning to Australia in time for Science Week 2021.

Golden Grove Lutheran Primary School were selected as a successful candidate by a panel for the ‘What’ll happen with the wattle?’ program after submitting a 200 word application and a short video explaining what they would do with the wattle once it had grown.

Students will have the opportunity to interact and collaborate directly with scientists via web-conference to hypothesise and record their growth to see if being in an environment without gravity has affected the seeds. Golden Grove Lutheran is set to receive wattle seeds that have flown to space, plus control seeds that have not, so students can easily compare and analyse their findings. The wattle will be planted on a prominent site within school boundaries where the broader community can see it, adding to the native fauna corridor across the school. 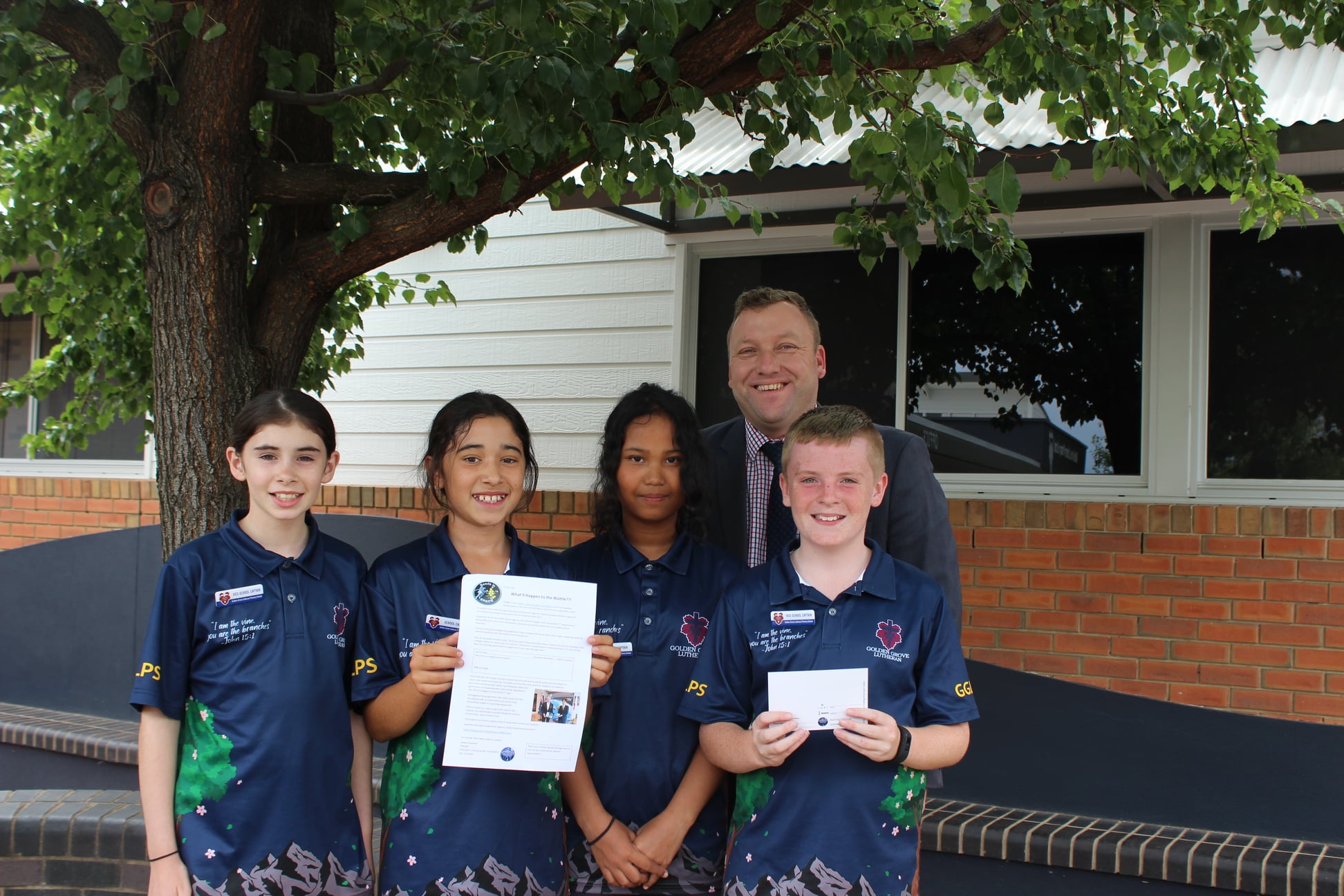 Photo above: Bayley, Ava, Lavend and Tahlia were delighted to receive the news that their video and written application was successful.